Operational from 1829 until 1971, Eastern State Penitentiary held notorious criminals such as Al Capone, murderer James (Big Joe) Bruno, and bank robber Willie Sutton. At its completion, the building was the largest and most expensive public structure ever erected in the United States, and quickly became a model for more than 300 prisons worldwide. The prison is currently a U.S. National Historic Landmark open to the public as a museum. Inmates were punished with the “individual-treatment system.” Originally, inmates were housed in cells that could only be accessed by entering through a small exercise yard attached to the back of the prison; only a small portal, just large enough to pass meals, opened onto the cell blocks. The cells were made of concrete with a single glass skylight. Outside the cell was an individual area for exercise, enclosed by high walls so prisoners could not communicate. Cell accommodations were advanced for their time, including a faucet with running water over a flush toilet – though the toilet was only flushed remotely by the guards twice a week. Portrayal of how Capone’s room may have looked according to reports.

“Scarface” aka Al Capone, co-founder and boss of the Chicago Outfit, an Italian-American organized crime syndicate, had a stint at this prison. He got nabbed for carrying a concealed weapon in 1929, following the entering of a guilty plea by his attorney, Capone was sentenced to a prison term of one year. Capone was housed in an area called “Park Avenue” as it was a section supposedly reserved for high-profile prisoners and it’s believed that he received luxurious accommodations. “Slick Willie” aka “Willie the Actor” aka William Francis Sutton Jr. was a bank robber known for his talent at executing disguises. During his forty-year robbery career he stole an estimated $2 million and he eventually spent more than half of his adult life in prison. Sutton is credited with over 50 bank robberies, 3 successful escapes from prison, and over 30 years served behind bars. He died in 1980. Sutton was apprehended in February 1934 and was sentenced to serve 25 to 50 year for the machine gun robbery of the Corn Exchange Bank. He spent 11 years at Eastern State Penitentiary, one of the prisons he escaped from. Sutton along with other inmates dug a tunnel that went almost 100 feet underground to the other side. He was caught the same day. From 1971 to mid-1980s Eastern State is all but totally abandoned. Philadelphia Streets Department used the grounds for storage. Hoodlums would wreak havoc and smash windows as an urban forest grows in the halls and cells. It wouldn’t be until 1991 that preservation efforts would begin. It would be another three years until the penitentiary would open for historic tours on a daily basis. 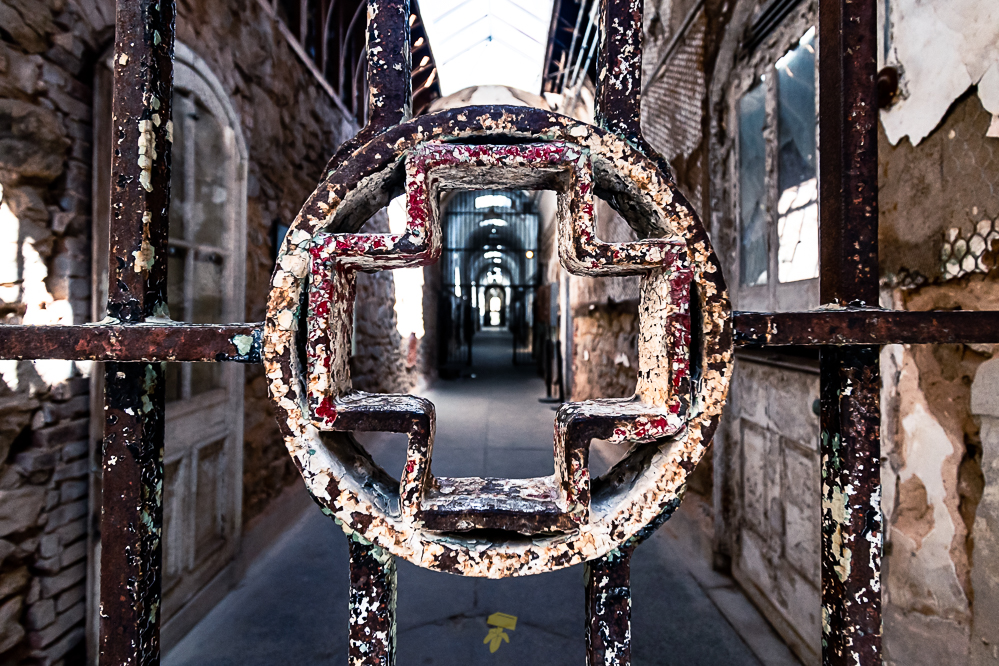 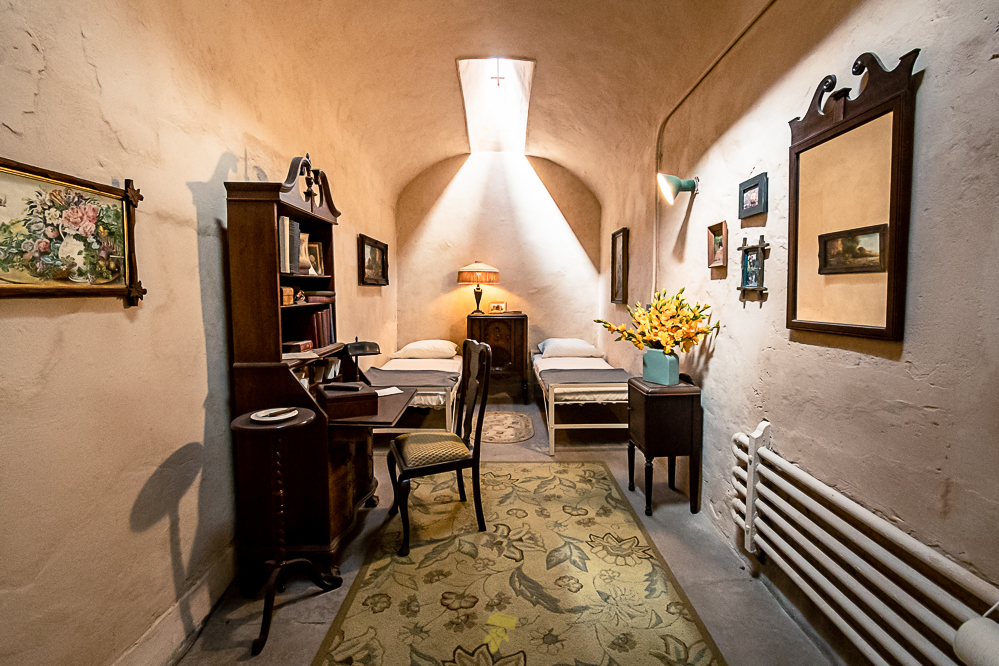 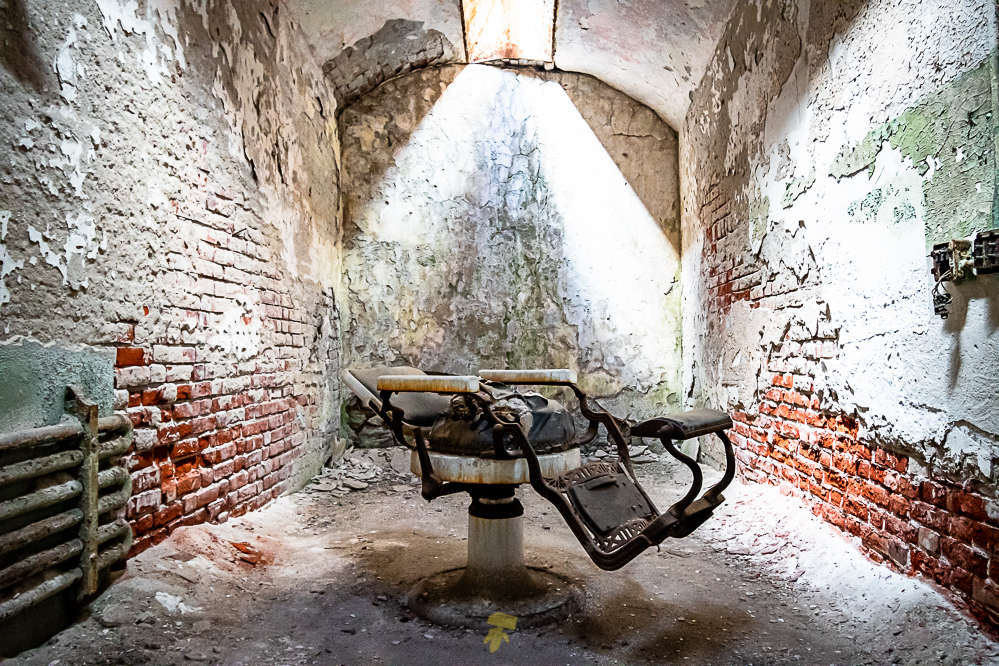 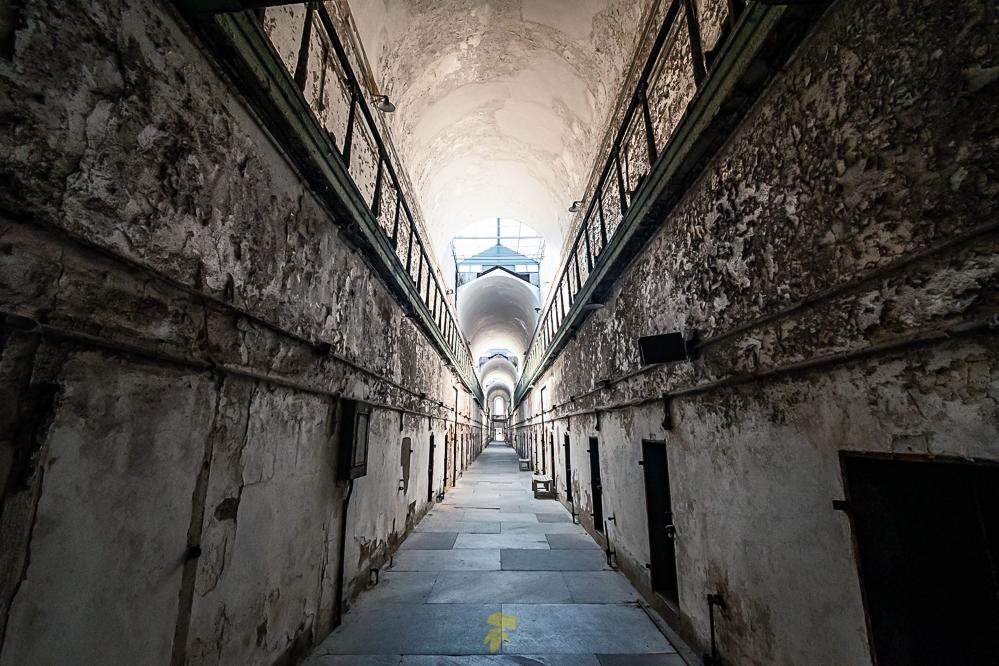 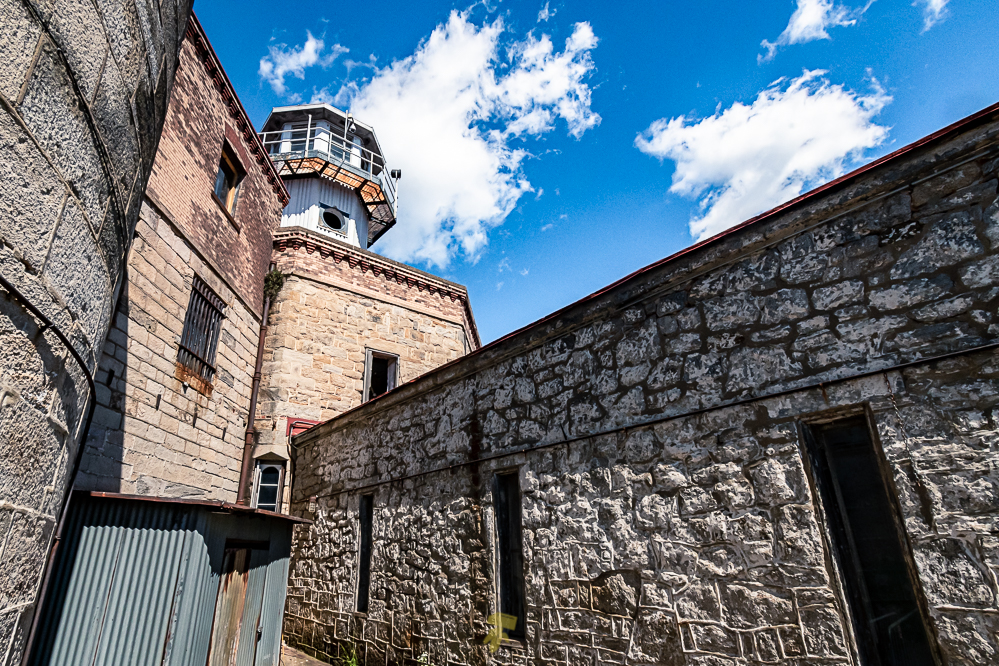 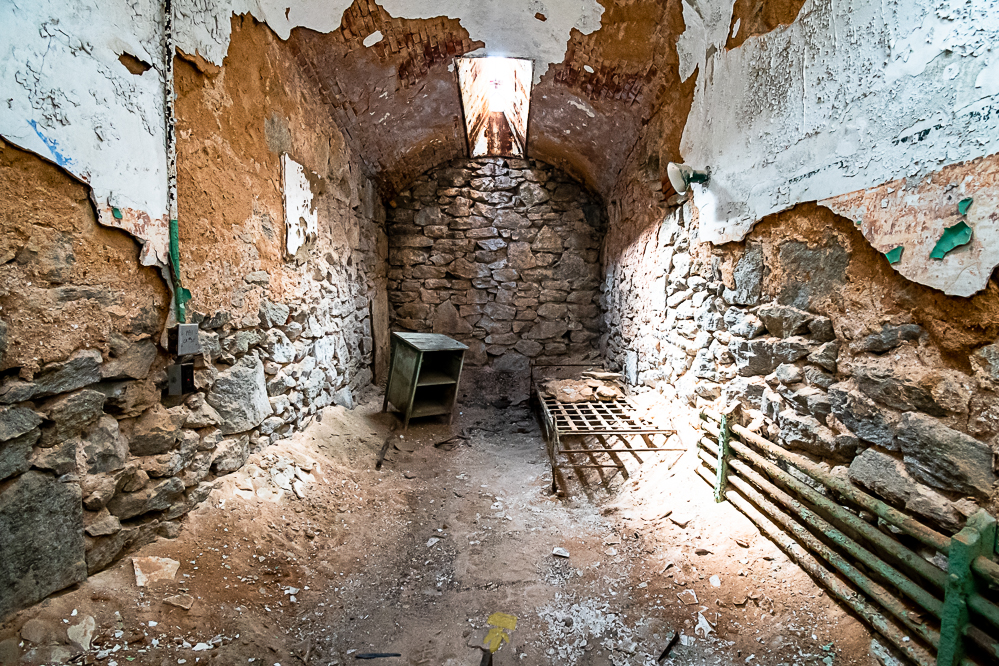 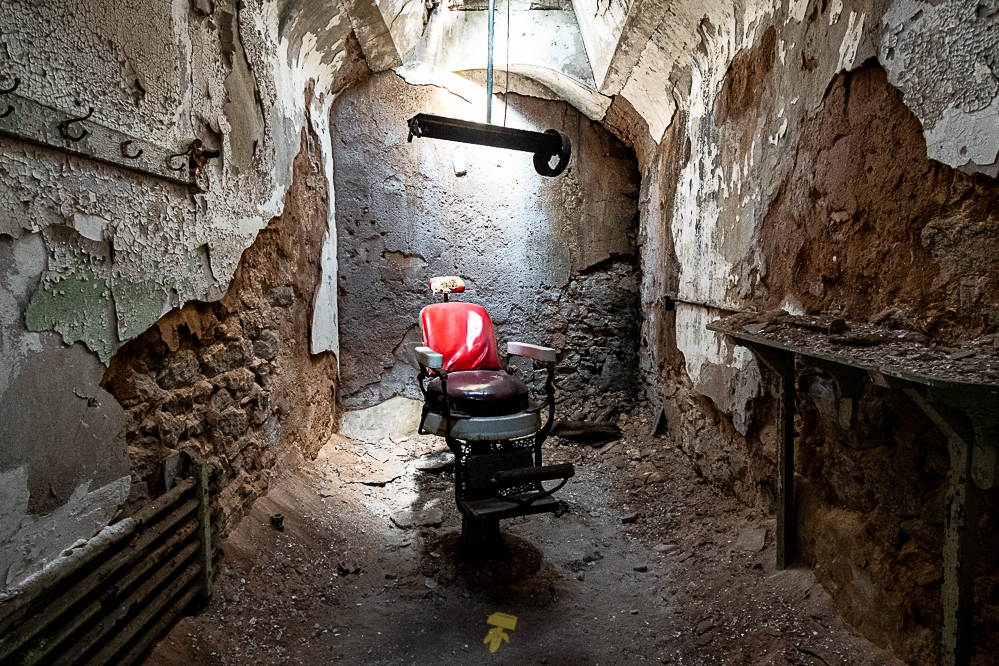 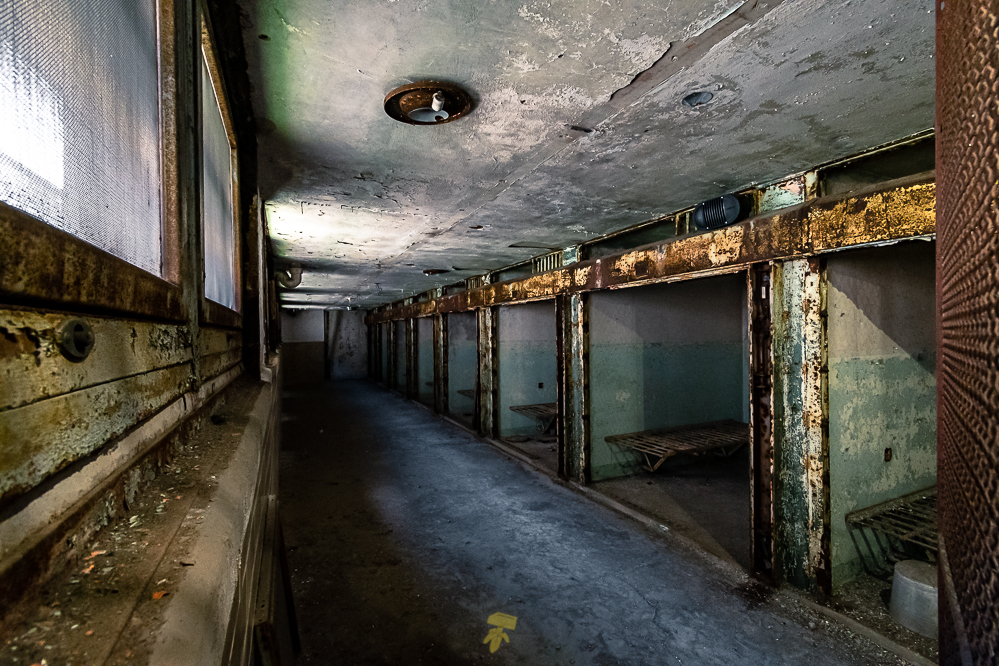 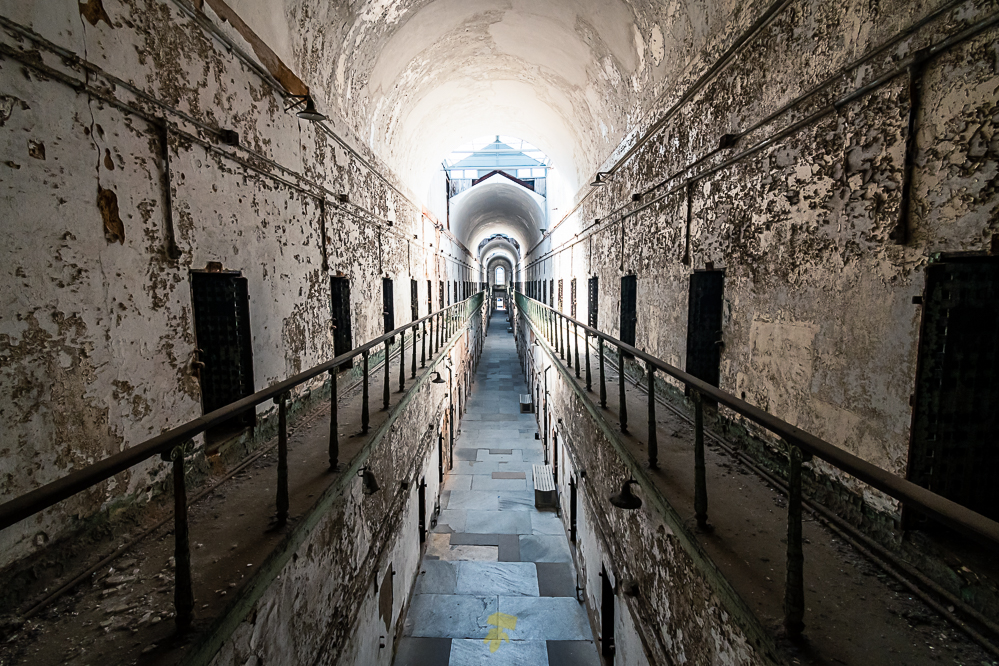