From the winter of 1692 to spring of 1693 nineteen early English colonists, accused of witchcraft, were hanged. Within a short time of settling, there were a number of trials and executions for what was considered a felonious and wicked crime. The Salem Witch Crisis was the largest and most famous series of accusations, witch hunts, and trials that became an all too familiar part of their lives. Thought to be built sometime between 1620 and 1642, Salem’s only structure still standing  with direct ties to the Witchcraft Trials of 1692 is known as The Witch House. Home of Judge Jonathan Corwin, who purchased the house in 1675, was a magistrate involved in the Witch Trails. Supposedly due to lack of venues to examine the accused witches, Corwin sometimes would use his own house as an impromptu interrogation room. He conducted these interviews in the eastern front room. As a museum, they offer the latest research on how the trials began and the circumstances that brought them to an end. Inside are rooms recreated to reflect the time period and include artifacts from the seventeenth-century. Ropes Mansion and Garden is a Georgian Colonial mansion built in the 1720s for a merchant, Samuel Barnard. Judge Nathaniel Ropes, Jr. would purchase the house in 1768 from Barnard’s nephew. A lovely Colonial Revival-style garden, designed by Salem botanist and horticulturist John Robinson, was added behind the house in 1912.  You may recognize the home as “Alison’s House” from the 1993 Disney Halloween favorite Hocus Pocus. Located on Washington Street, Melt makes homemade ice cream on-site and features delicious unique flavors such as Banana Nutella with Peanut Butter Cups, Maple Bourbon, and Spicy Dark Chocolate. Grab a cone while strolling around! Down the street from Melt is the Bewitched sculpture, which is now a city of Salem landmark. The bronze statue pays tribute to the well-known TV sitcom featuring a witch married to an ordinary man and its filming of the seventh season in 1970 where they travel to Salem for the centennial Witches Convocation.

A block or so away you can find Count Orlok’s Nightmare Gallery which pays tribute to sci-fi, horror, and fantasy films with full-size replicas of monsters, creatures, and characters along with directors and actors. The gallery is setup like a haunted house and the private collection of statues and memorabilia are of the highest quality and detail. Photography inside the museum is strictly prohibited. Next door, you can find a quaint book store, Wicked Good Books, where you can find plenty of books covering topics of witchcraft, history, horror, and some of the usual top sellers and niche offerings. After a quick pass by the Old Town Hall, you will be in proximity of The Burying Point and the Salem Witch Trials Memorial. Also known as the Charter Street Cemetery, The Burying Point is one of the oldest cemeteries in the United States and the oldest in Salem, laid out in 1637. The earliest headstone is dated 1683 with the most recent being in 1881.

Initially a plot of pasture land part of a farm, it’s where most of the corpses of the accused where tossed. Ironically, it’s where Judge John Hathorne was laid to rest when he passed in 1717 and a tabletop tomb of another judge from the witchcraft trials, Bartholomew Gedney. According to records, roughly 600 people were buried here yet there are just over 450 markers. At the time, it was common for multiple people to be buried under one family marker. Additionally, numerous Revolutionary War soldiers, mostly unknown, and several dozen slaves where buried here, all without a proper marker.

Built in 1819, the U.S. Custom House on Derby Street was used for offices and storage of bonded and impounded cargo until 1935. The first Custom House appeared in 1789, used for collecting taxes on imported cargos first for the British government during the Colonial period, then for the American government after the establishment of the US Customs Service. There has been a Custom House in Salem since 1649,  This particular Custom House was built in 1819 and housed offices for the officers of the U.S. Customs Service, as well as an attached warehouse, the Public Stores, used for the. Across the street is The Salem Maritime National Historic Site which consists of 12 historic structures and a 1/3 mile breakwater leading you to Derby Wharf Light jetting out into the west side of Salem Harbor. The main attraction here is the Friendship of Salem, 171-foot replica of the Friendship – a 1797 East Indiaman tall ship. It was this type of merchant ship that made Salem a leader in opening international trade with the Far East, Europe, and Russia in the years immediately after the American Revolution. Right around the corner from here is a seaside mansion known as The House of the Seven Gables also known as the Turner House or Turner-Ingersoll Mansion. It was built in 1668 for the head of one of the most successful maritime families in the New England colonies, Captain John Turner I. The property stayed in the family through three generations until it was purchased by Captain Samuel Ingersoll, a wealthy ship in 1782. Nathaniel Hawthorne, a relative of the Ingersolls, made the house famous after naming his 1851 novel after the home. He also wrote The Scarlet Letter. The evening was spent at Notch Brewery drinking crispy pils and the cleanest lagers while playing skeeball. Notch began in 2010 and was the first brewing company in the U.S. to focus exclusively on session beer. A “session” beer is typically a style that is more light bodied, mild bitterness, and lower in ABV – generally under 5%. All while not defined by flavors, color, or aroma, this affords the 10-barrel brewhouse a wide range of classic session styles from Germany, Belgium, England, the Czech Republic and U.S. 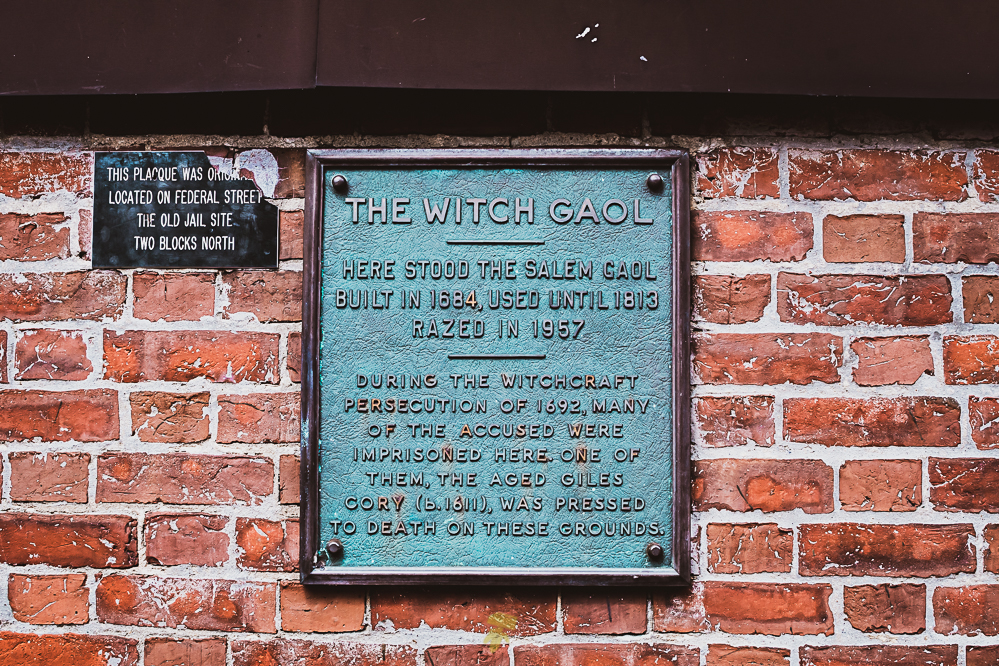 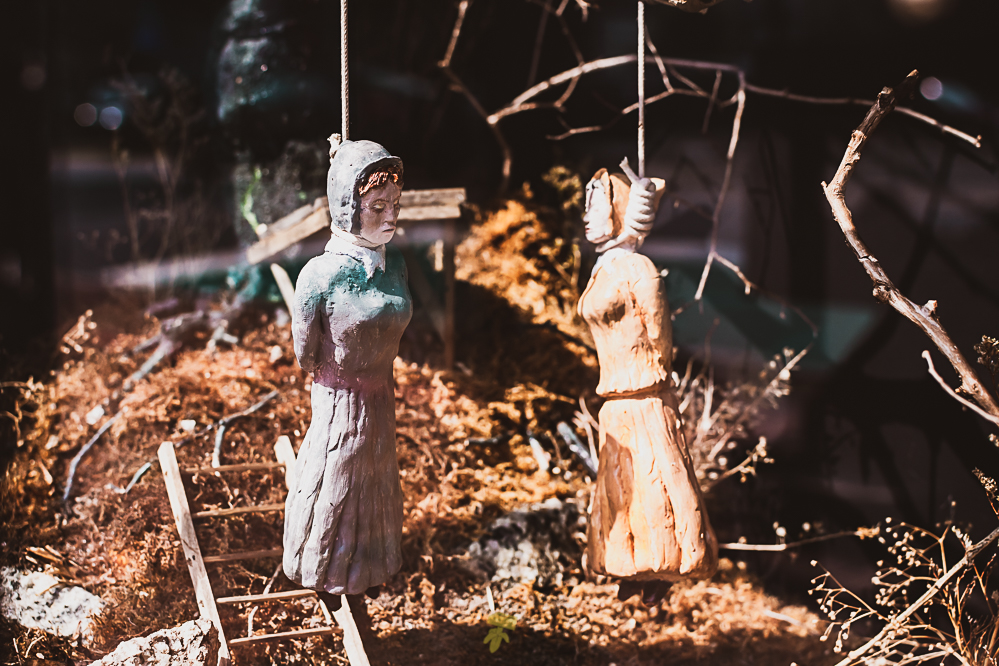 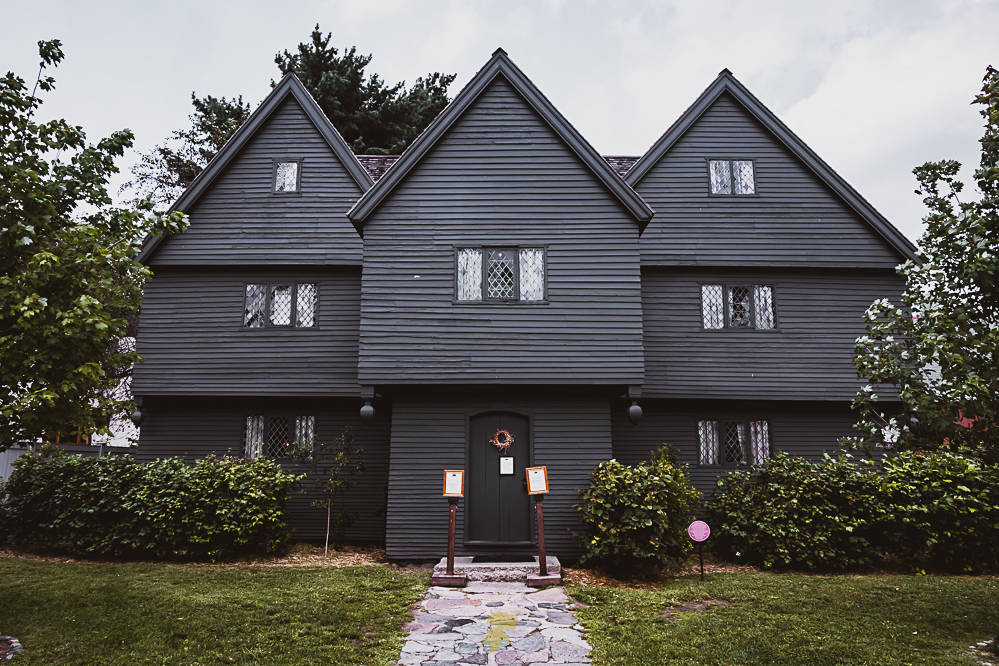 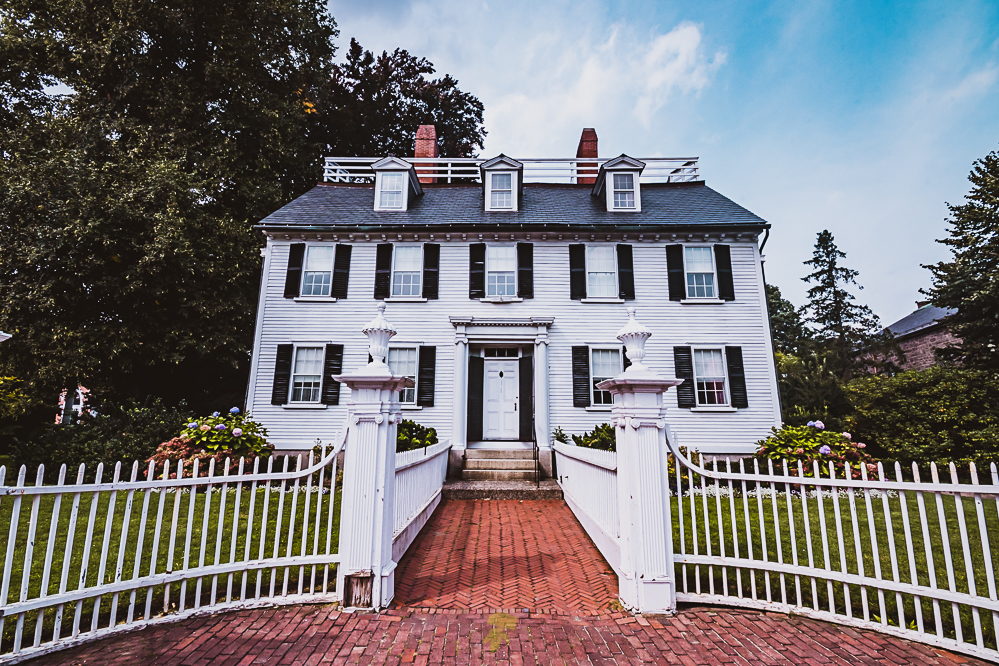 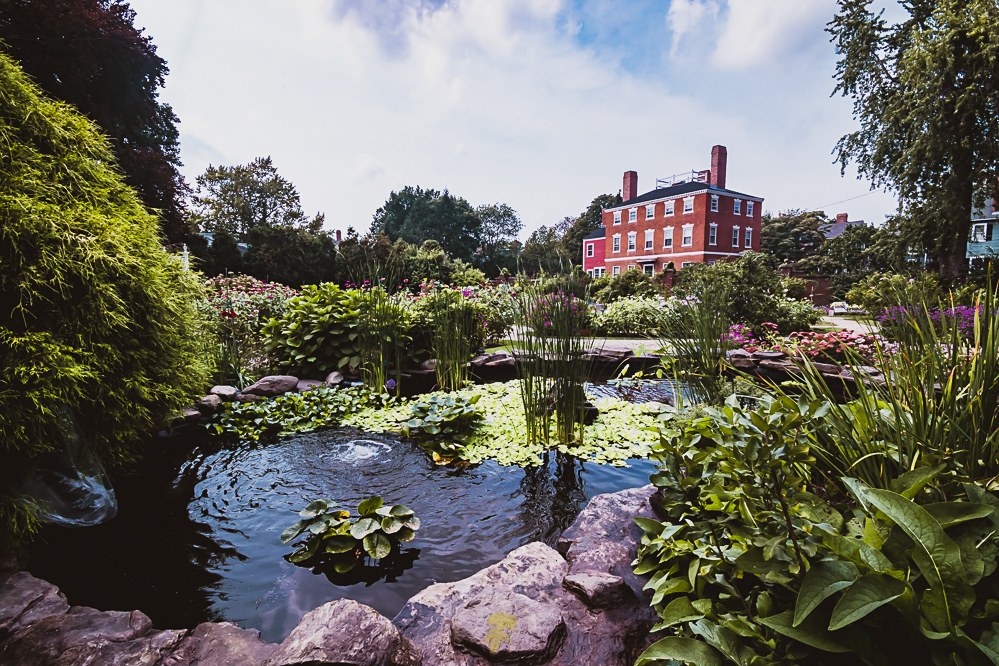 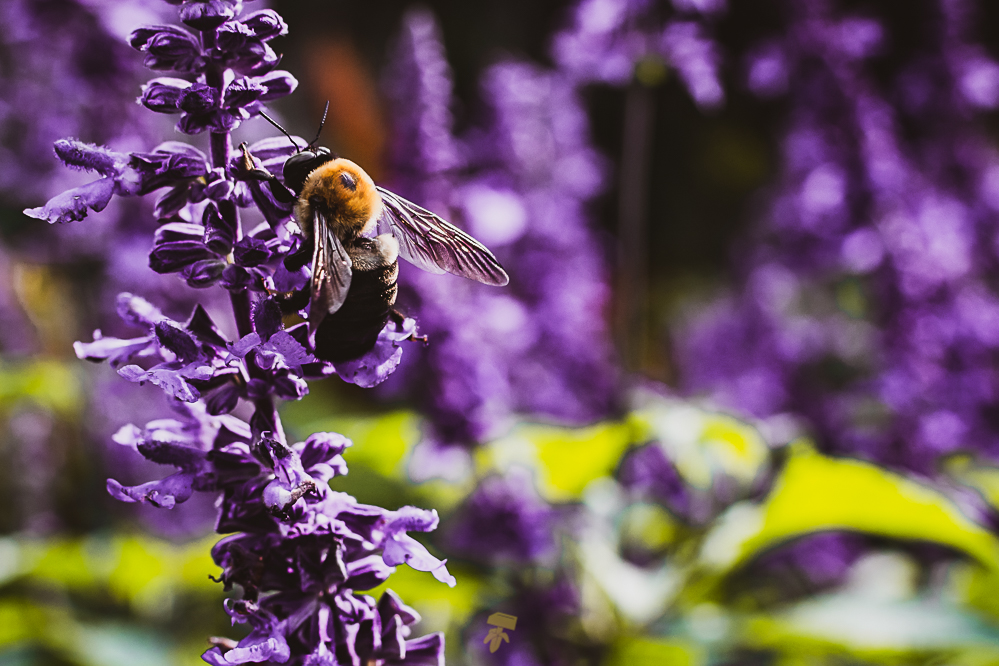 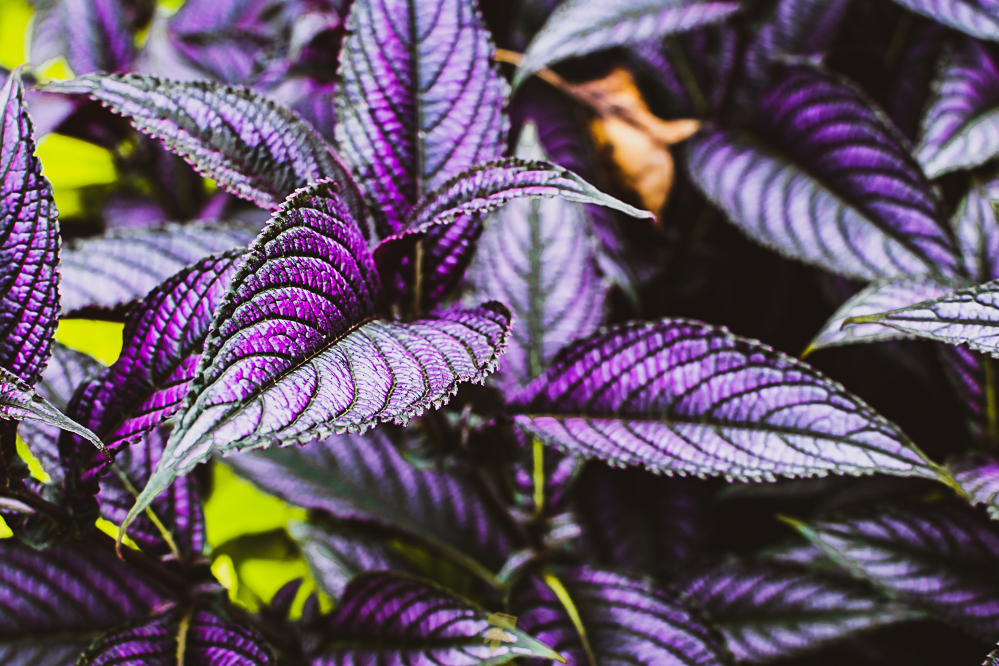 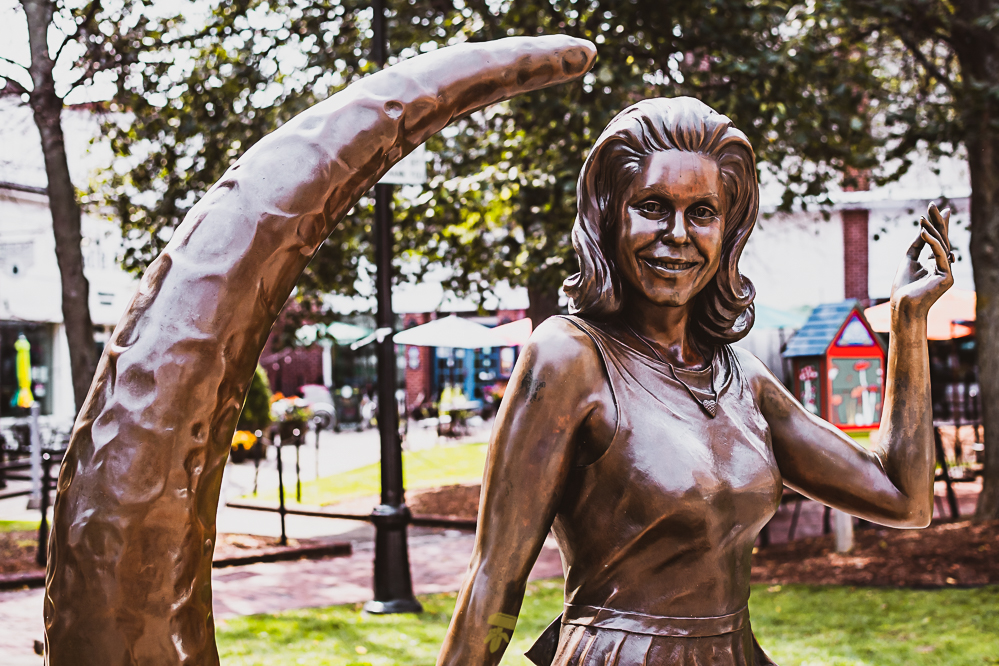 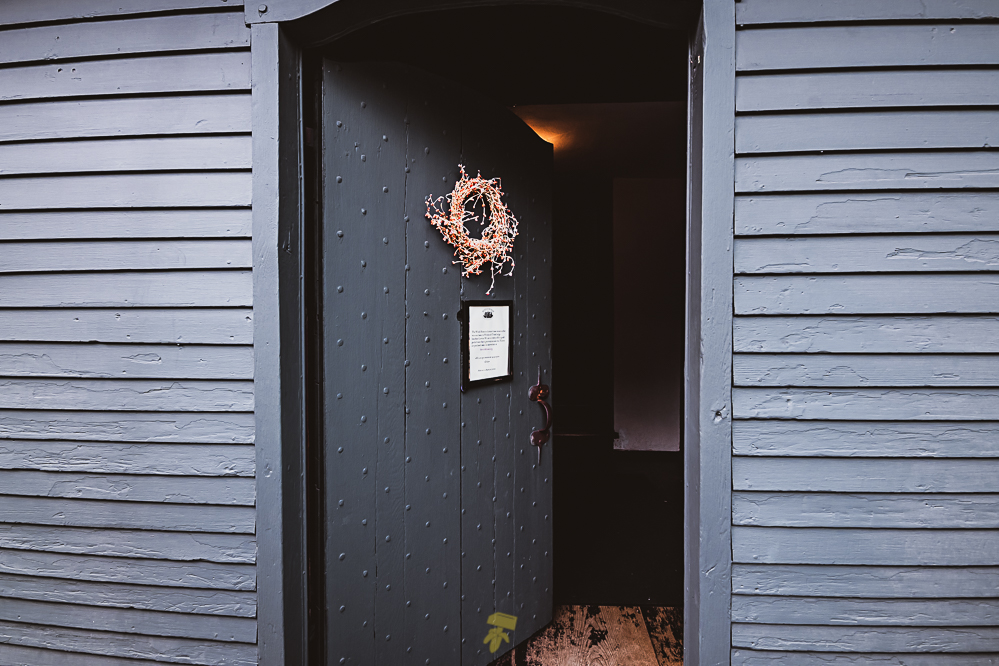 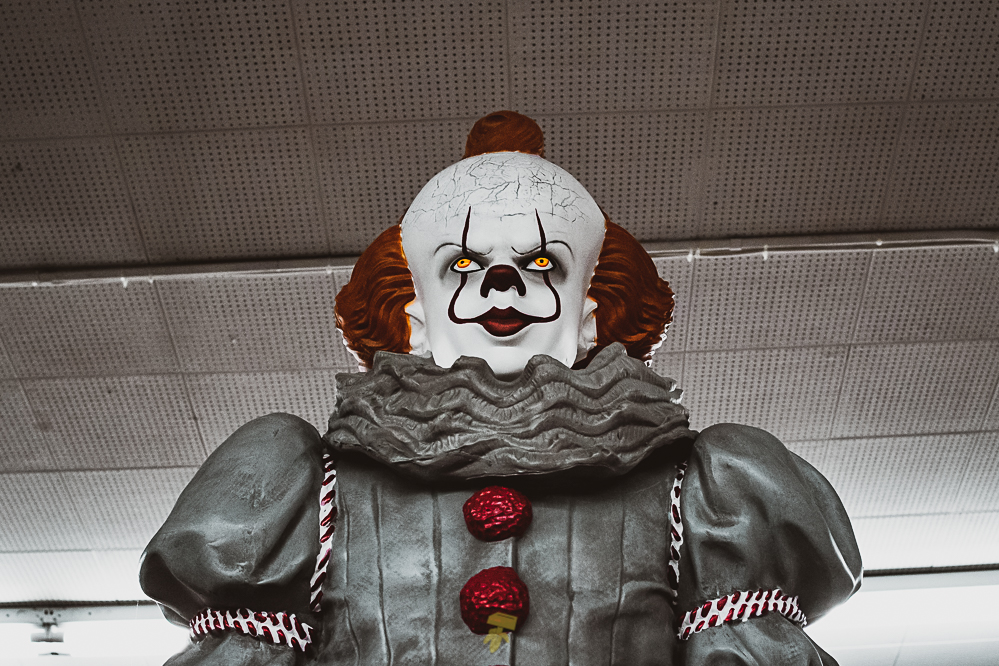 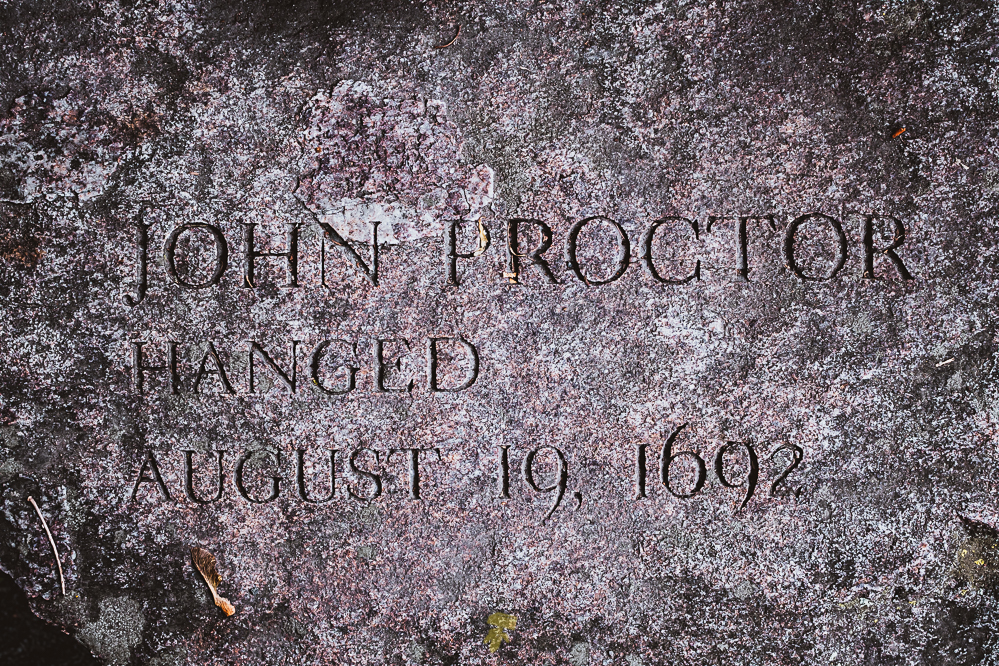 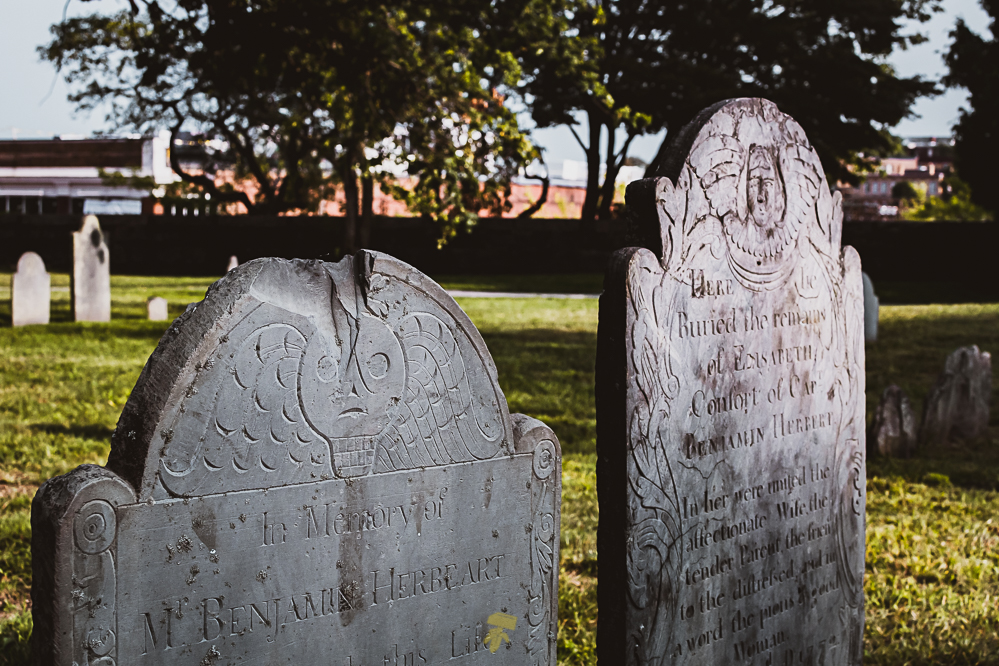 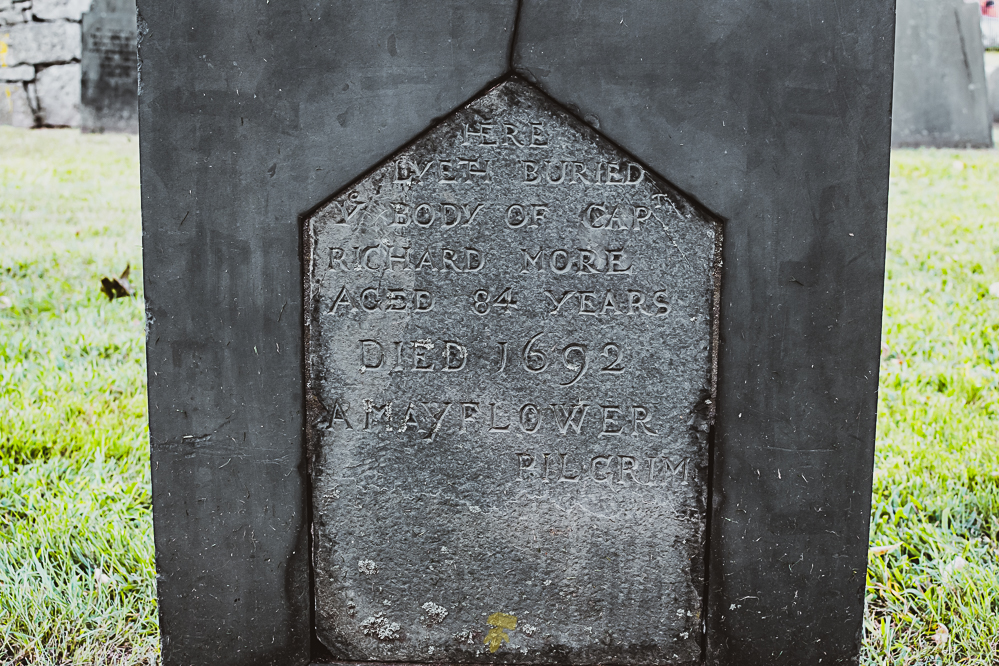 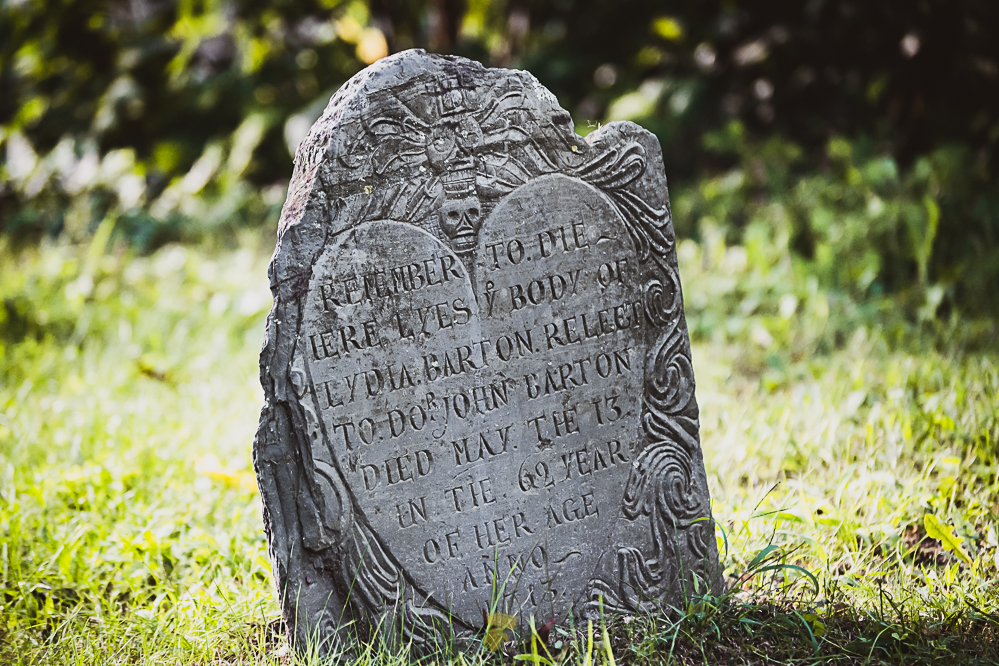 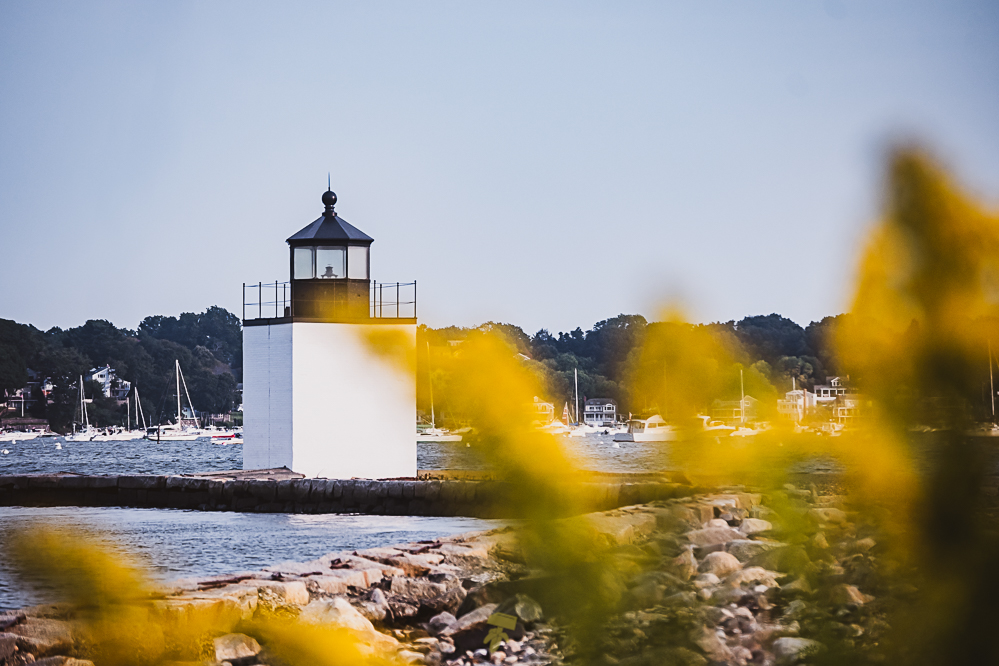 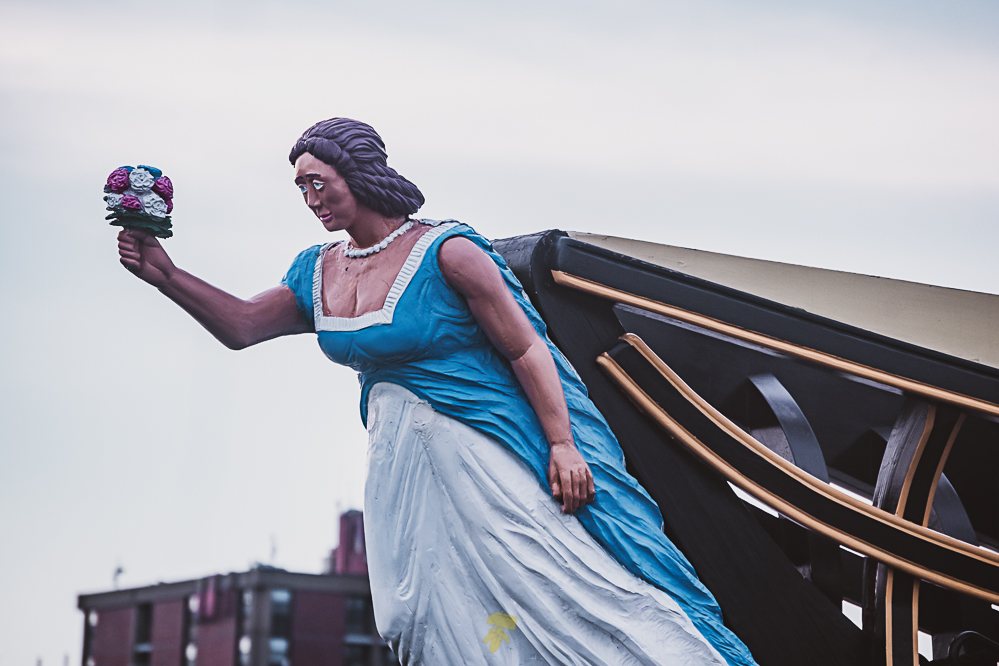 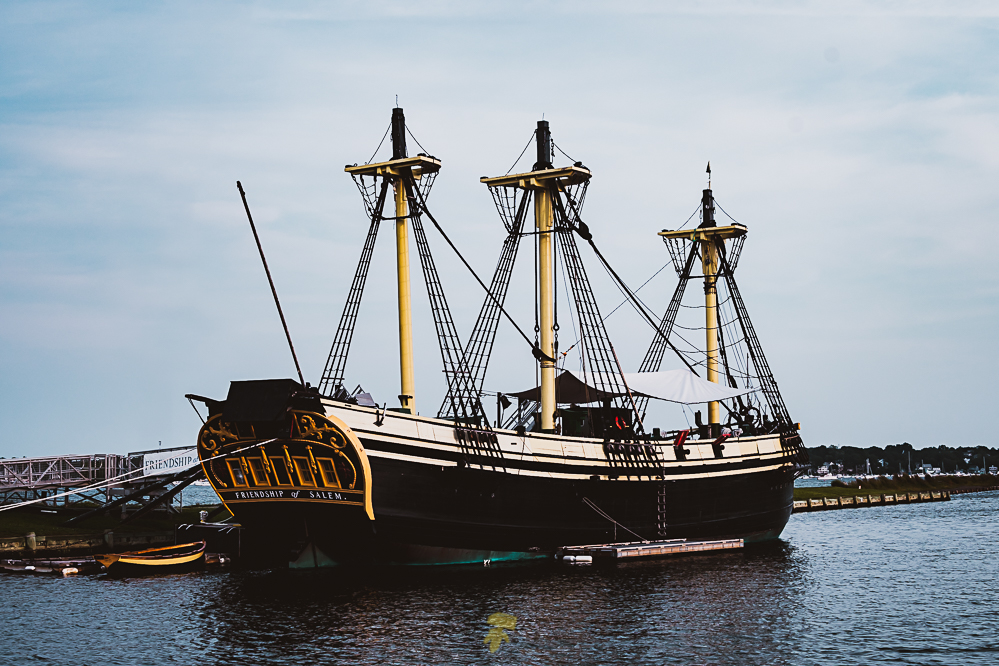 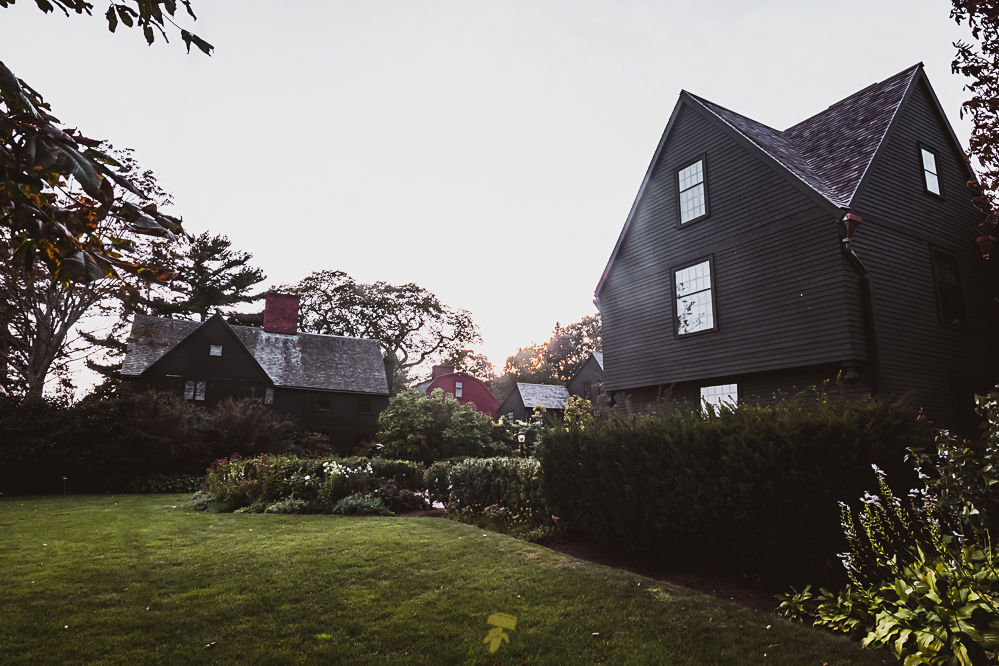