The trail up to Little Haystack.

My dad has always wanted to walk the Appalachian Trail, aside from reaching a couple summits that happen to be on it, he has never actually walked along it. This past Father’s Day I took him to the White Mountains in New Hampshire for an adventure. Though it took us all day, we peakbagged Little Haystack (4,760′), Mount Lincoln (5,089′), and Mount Lafayette (5,249′) – while walking along the AT.

We arrived just before 1000, geared up, and set out on a damp overcast morning. We decided to ascend via Falling Waters Trail to Little Haystack. The path was difficult, involving many high steps, wet rocks, and crossing over streams, not to mention the soggy conditions and steep. The mist of the clouds and how dense the forest gave us quite the surreal and eerie experience, as if we were walking in another world, but this was just the beginning of was to come.

Just shy of the summit ofLittle Haystack in the alpine zone, we came across an destination path to Shining Rock Spur, a bare rock face that stretched upwards for fifty feet and out for an unknown distance as the clouds interrupted our viewpoint. It was here that gave us our first look at how the clouds have engulfed the region. We hung out for several moments admiring how the stone met the tree line and how what should have been a grand view was completely shrouded by the weather. Upon reaching Little Haystack we were welcomed by thick gray mist and 55mph winds, you could see the clouds shooting up the mountain straight at you. Thought there was no grand view to be had, the weather conditions gave us a unique experience of the mountainous land. Visibility was extremely limited, at some points seeing past 30 feet in any direction was impossible. Looking down, the terrain below would quickly fade away. Only one direction to go, forward.

Luckily for us the hard part was behind us, we were officially on the Appalachian Trail along the Franconia Ridge, on our way to Mount Lincoln. Clouds blowing around us as we continued along the reddish-brown outlined trail, we only encountered several people adding to how creepy and alien our surroundings were. It’s quite spooky watching someone disappear into clouds, knowing you are right behind them – about to disappear yourself. With no vast views to take in, we concentrated on our immediate surroundings.

The formation of the rocks, ledges, and the trail itself was quite captivating. Being born and raised in a city where nothing is sacred to viewing rocks that look like altars to the Gods gave me chills. We cracked open a beer shortly after passing Mount Lincoln, “Departure of Consciousness” from Trve Brewing, an amber mixed culture ale aged on Colorado peaches, tasty and refreshing.

Mount Lafayette, just like the others, were covered in clouds though we noticed the sun fighting to break through the clouds, getting a quick glimpse of the surrounding mountains. Along the descent down, the clouds broke! You could see the cascading mountains as far as the eye could see, the White Mountains in all it’s majestic glory. 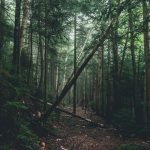 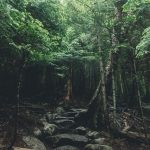 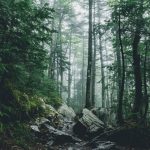 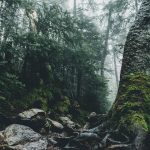 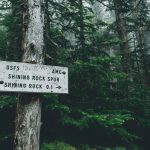 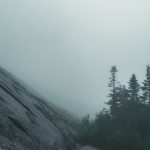 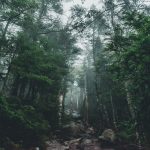 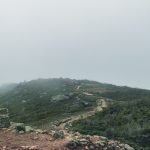 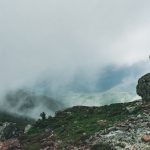 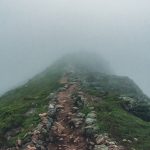 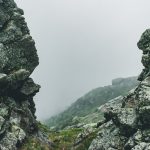 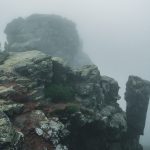 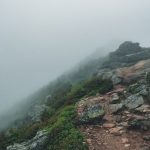 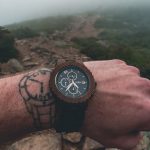 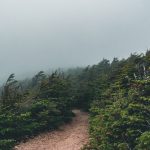 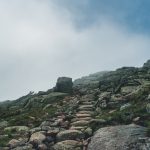 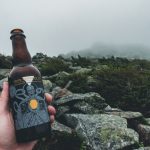 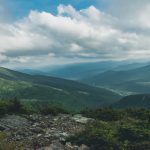 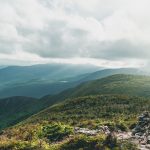 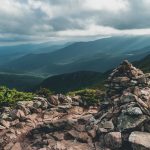 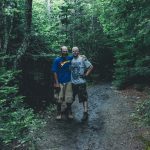 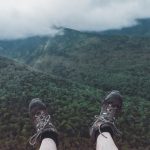